Features:
This product can be used to decode SBUS signal to PWM signal for conventional analog or digital servos with SBUS
receivers.
Specifications:
FrSky SBUS to PWM Decoder 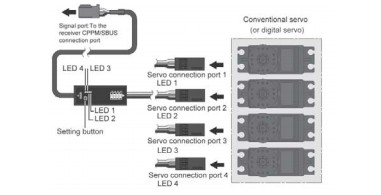 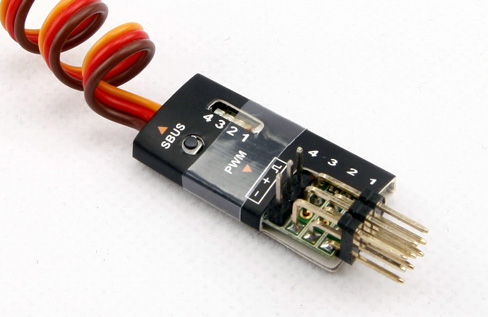