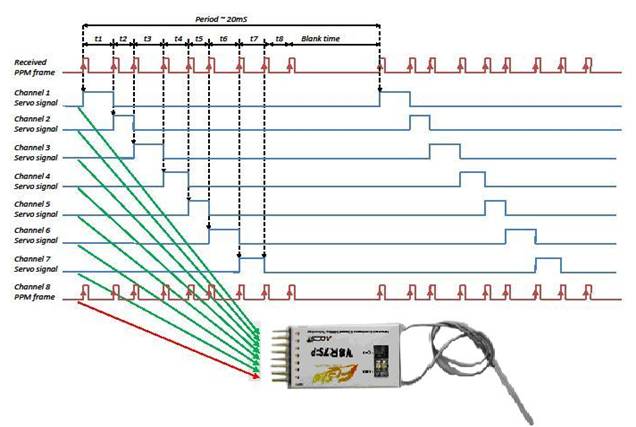 Warning: DO NOT connect servos to channel 8, otherwise servos will get hot or even burn out.